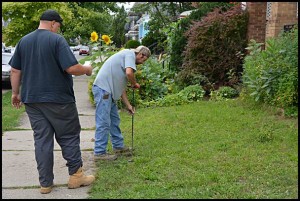 It’s pay-up time for water bills or face having your service shut off.

Starting this month, city water bills will be going out once a month.

The first monthly bills should be mailed to each household by the end of March.

Emergency Manager Cathy Square said there was a combination of reasons to switch billing from every three months to monthly: cut down on the number of delinquent bills, make it less of a financial hit to households and create more cash flow for the city.

Hamtramck has had a serious problem with households falling way behind in paying water bills. As it stands now, there is $400,000 owed to the city that is over 60 days due.

The city is also cracking down on people who have been allowed to pay back delinquent water bills on a payment plan. Square said most of those on a payment plan have failed to live up to their agreement.

As a result, the city is moving aggressively to shut off water service. Those who received a water shut-off notice recently have until March 14 to pay up.

This isn’t the first time the city has cracked down on deadbeats. Last July, Square announced immediate water shut-offs to a number of households who were hundreds and thousands of dollars behind in payments.

The city’s action spurred a rush to city hall, where homeowners lined up to pay late bills to avoid a shut-off, or in many instances to turn their service back on.