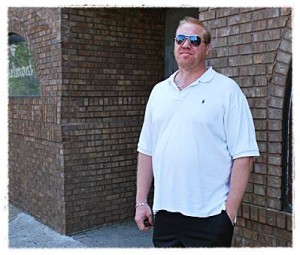 In this town, everyone with a love of new music and local bands has likely spent some quality time in The Belmont bar. After this weekend, those memories will be a bit more cherished, perhaps.

You see, The Belmont is shutting it down.

And, when it does reopen, there will almost certainly be no live music anymore.

Co-owner (and Hamtramck DDA Director) Darren Grow is stepping out of the picture – “By choice,” he tells The Review — leaving partner Mark Hausner to join forces with some other buyers, once the details can get hammered out.

Known before that, for years, formally as “The Belmont Bar” (but informally as “Archie’s,” a bar where your grandpa might’ve raised one) and the adjoining Belmont Grille, the buildings at 10215-17 Jos. Campau were bought up, and then combined, by Grow and Hausner in a truly impressive transformational effort.

It’s a standard bit of wisdom in the industry that the average bar attracts patrons well for approximately its first three years. If you can make it to five, you’re really doing something.

This incarnation of The Belmont almost doubled that. Clever promotions like those listed above certainly factored in to the equation.

But it was the friendliness of Grow, his staff, and the regular patrons, over and beyond those gimmicks, that often sealed the deal, according to many of the reviews on Google’s place page for the bar. “Great bartenders and owners,” touts one reviewer. “Rocks!!” “The atmosphere is fun,” says another. “… best sound, the cleanest bathrooms and the cheapest drinks,” notes a third.

If there was a negative, it was where the stage had to be located, crammed as it was back into the narrow west end of the space. An open courtyard, which provided for welcome fresh air in the old smoking-allowed days, took up the other half of that back area, forcing people interested in the live acts to shoehorn in, often having to stand on tiptoe to get a glimpse.

Alas, that won’t be a problem anymore. Grow says the new owners will no longer host live music.

Grow is sending the enterprise off with a “Going Away Party” this Saturday night. Grow’s voice betrays some combination of weariness, pride, and incipient nostalgia as he fills in the picture. And he asks that he be allowed to express his love and thanks to “all who played, worked, drank, or hung out” at his bar.

For a number of us who enjoyed his easy cordiality over these past nine years, and the imagination he put into his weekly programming, it will seem strange indeed.