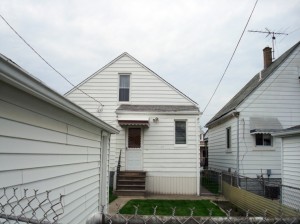 Coming soon, an art movement throughout the city, and maybe even to a house near you.

Well, the Hamtramck Neighborhood Arts Festival has just the thing for you: Itself.

A one-day shindig happening a week from Saturday, on Oct. 15, it gets going when most artists and musicians would want it to, i.e. when the sun’s good and warm in the sky, at about 1 p.m. It goes until 11 p.m., leaving the average Bohemian plenty of time to be, well, Bohemian.

The day begins with a “gallery crawl” from 1 p.m. to 5 p.m. There are currently 11 galleries listed as participating (Hamtramck: Once the city of bars, now the city of… galleries?!), including Public Pool, Zahorsky Studios and Popp’s Packing, among others. Addresses are available on the website (hamtramckart.com), and maps will be made available on the day of the crawl.

There will be a pair of events mixed in during this time: A puppet workshop and performance by Carrie Morris (assisted by students from Holbrook Elementary ), and a stop-frame animation demo by Gary Schwartz. For both events, the exact time and place will be revealed, but they will fall somewhere in the 1-5 time period.

Also, from 2-7, music will be breaking out on porches all over town. It was unclear whether these would be loose jam sessions, or actual cohesive sets, or a mix of both. Probably the former. Some of the participating musicians come from familiar local acts such as the Terrible Twos, and Lee Marvin Computer Arm. Beware the frumious accordionsnatch (if I may riff on Lewis Carroll).

Again, locations and times will be announced — and then perhaps added to the mapping?

The literary half begins to heat up in the evening. The first scheduled performance is an intriguing reading of some of (United States Poet Laureate, and one-time local) Philip Levine’s works, fused together into an opera by James Cornish, with a little help from some of his friends. Entitled ”Cornish on Levine,” it’s scheduled to premiere at 2739 Edwin at 7 p.m.

Lastly, from 8 p.m. until wrap up at 11, a group of a dozen writers will provide 10 minutes readings each, plus a dish to pass. They’ve dubbed it the “Good Tyme Writer’s Buffet,” so come on and fill up your stomach and your brain — all in one spot — at the Public Pool.

The Hamtramck Neighborhood Arts Festival, you say? Sounds like a blast to us!