A salute and toast to local veterans 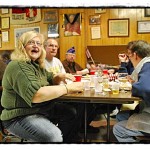 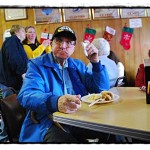 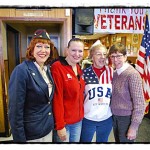 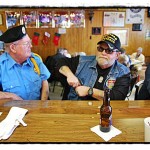 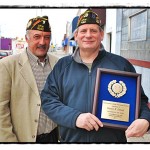 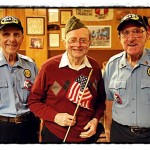 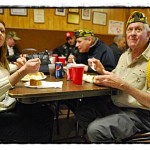 Veterans Day in Hamtramck is always a mix of solemn remembrance and celebrating the joy of camaraderie.

At PLAV Post 10 last Friday, it was another year to remember those who served and gave their lives for our freedom, and an old-fashioned get-together to raise a toast to each other.

Add in some hotdogs, beans and potato salad, and well it was almost like a picnic.

This year, World War II was still represented. Chester Kristy, a Navy signalman, Roy Kmiecek and John Gadzo, both Army combat engineers, were on hand. They are now in their 80s – if not older — but still celebrate living through one of the greatest threats to our country – and the entire world.

The Veteran of the Year went to Daniel DeLoof, who served in the Coast Guard and then the Army. He participated in Desert Storm, the first Gulf War.

To the men and women who served and are still serving, we salute you.