A summer trip into America’s heartland: A photographer’s notebook 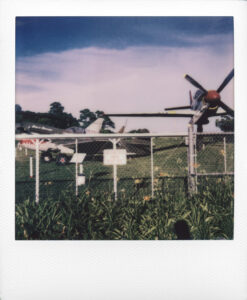 This summer, Hamtramckan Chris Schneider and myself explored several midwestern states, to photograph the small towns and rural landscapes of the often-overlooked American heartland.
Partially funded by a grant from Detroit’s Red Bull House of Art, we visited eight states, and stopped in over 50 towns.
We avoided the interstates completely, and seldom stopped in a town big enough to have its own Walmart.
Both of us tried to capture the beauty offered by acres of crops extending to the horizon, or pridefully landscaped central squares in towns too small to be on a map.
Often, we navigated by just heading toward a gleaming grain elevator, rising hundreds of feet, many miles away. 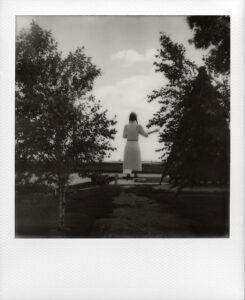 Chris and I stopped at a grassy embankment along the Mississippi where Lincoln once debated Douglas; made friends with the cowboy organizing the local rodeo for his teenage daughters and her friends; met a rough and tumble farmer who showed us his garage full of native American artifacts, and pointed out the spots where American artist Grant Wood painted his famous vignettes of rural life.
We photographed on Polaroid film, which shifts color to red on hot days causing us to keep our film and cameras packed on ice for most of the trip.
Polaroid film was chosen for its unique look and, unlike digital media, its inability to significantly alter the picture.
The images, being analog, merged more truthful.
Up until recently it’s the same film evidence technicians used to bring to court.
Soon, we hope to let the public see our work, either in the form of a book or in an exhibition.

You can see some of these images on our websites: Roy Feldman’s work at detroitphotographic.com/polaroid, and Chris Schneider’s work at schneida.com/polaroids.