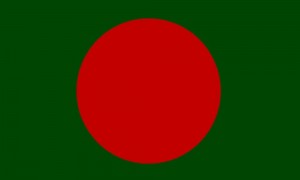 Conant Ave. is getting a temporary makeover. This weekend it will host the 9th Annual North American Bangladesh Festival.

It’s only the second time that the event, which is put on by the Bangladesh Association of Michigan, will be held on Hamtramck’s streets. Last year was the first time that the aptly-named Bangladesh Ave. was closed down for the weekend.

For those who didn’t make it to the festival in 2009, you can expect plenty of vendors selling an assortment of goods ranging from traditional saris and jewelry to modern-day trinkets and toys. And of course, there will be plenty of authentic Bangladeshi food to sample.

The festivities will begin at noon on Friday and will run until Sunday at 6 p.m. During that time there will be a few brief speeches from local politicians, as well as a raffle for a laptop, a Sony PlayStation and a Nintendo Wii. The entertainment lineup includes artists from Bangladesh in addition to local bands that will feature African-American, Bosnian, Yemeni, and Bangladeshi performers.

The diversity of the performances is intentional. Festival organizer Akikul Haq Shamim says that he hopes to attract people from all of Hamtramck’s nationalities in order to help foster better relationships between the city’s different groups.

“Our main goal is to bring the whole community together,” he said, “and to make a strong Hamtramck.”