City hall COVID scare proves to be false, but raises other issues 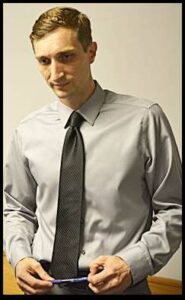 By Charles Sercombe
For a moment on Thursday, there was a scare of a COVID-19 case in Hamtramck City Hall.
But before long, it was discovered that there was no such COVID report, and that Councilmember Ian Perrotta put out false information via Facebook about the claim.
Confused?
Well, it’s a tangled story.
On Thursday, Perrotta said on his Facebook page that he was contacted by someone claiming to be a COVID tracer. He said that person told him that there were attempts to contact the city administration, but that they could not get through.
Perrotta said:
“The person I spoke with said this was a very serious matter and it did not appear to be taken seriously by the city administration due to their lack of communication and follow-up.”
What then followed was City Manager Kathy Angerer and Mayor Karen Majewski calling Perrotta to find out who Perrotta was in contact with, and also to get their phone number.
But Perrotta hung up, and when he was called out for it by the mayor, he admitted it.
“I hung up the phone because I was accused of spreading false information and I stated that I would get to the bottom of this by calling the person who informed me back,” Perrotta said. “The conversation was over with Karen and Kathy Angerer started talking again and that was when the phone was hung up.”
Perrotta also admitted he did not immediately call anyone in the city administration to verify whether there had been a COVID case reported out of city hall.
“Regardless of the legitimacy of the call, based on what I know about the city’s operations there was enough information provided for me to believe it and due to the dangers presented by coronavirus I felt it was my duty to inform the public,” Perrotta said.
Majewski further pressed Perrotta on why he did not call anyone, including her.
Perrotta responded:
“To be perfectly honest I do not feel comfortable reaching out to the city manager and try to interact with her as little as possible.”
Both Angerer and the mayor began making calls to Wayne County health officials.
“The issue here is that the information given to the councilman was FALSE and the city only found out about it when the councilman posted it on Facebook,” Majewski said.
“Once the posting was brought to the city’s awareness, we tracked down the county officials who would have this information and discovered that it was not true.”
Perrotta later said that he may have been spoofed, and that he would “get to the bottom” of the matter.
In the meantime, accusations were made by Perrotta supporters that former City Councilmember Scott Klein was somehow involved.
Klein, who is no longer a resident, has been promoting the passing of two city charter ballot issues appearing on the Nov. 3 ballot. If passed, the language for the establishment of the police and fire departments, along with their respective chiefs, would be eliminated from the charter, and the city council would then be tasked with finding an alternative way to provide those services.
Klein is also in support of a recall effort underway against Perrotta.
Perrotta has been a staunch supporter of the Fire Department.
Klein denies he has anything to do with the COVID matter, and told The Review that he has filed a report with the Hamtramck Police Department.
Perrotta said he has filed reports with the FBI and state Attorney General’s Office.

This is not the first time that Perrotta has been the center of controversy.
Besides facing a potential recall, Perrotta has been censured by a majority of his council colleagues over verbally abusing city employees.
Perrotta has apologized for some of the accusations made against him, saying he did lose his “cool” with one city hall employee, and used “cuss words.”
Perrotta recently became an attorney.

(Perrotta was previously a copy editor with The Review, but he is no longer associated with the newspaper.)
Posted Oct. 30, 2020

6 Responses to City hall COVID scare proves to be false, but raises other issues