City Life … The zigs and zags of winter walkability 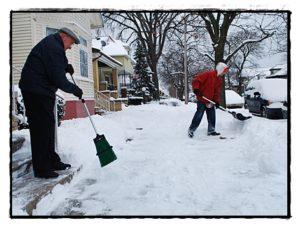 Would you be willing to pay an extra $35 on your property tax bill to have a contractor clear your sidewalk every time it snows? File Photo