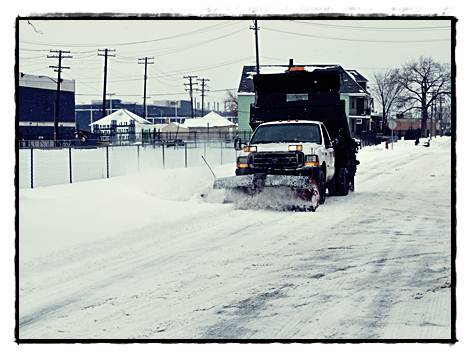 Did the city get a snow job with contractor bills?

There appears to be a scandal brewing in city hall.

Or maybe not, depending on how some payments to contractors can be explained.

At Tuesday’s city council meeting, a heated discussion was held on an audit review of work invoices submitted by contractors that revealed $56,835 can’t be properly documented.

A financial auditing company, Stout Risius Ross, Inc., submitted its report to the council at Tuesday’s meeting. The company said it looked at 60 invoices from four contractors employed by the city.

The 60 invoices are just a thumbnail look at thousands of pages of invoices submitted to the city throughout the year.

The auditing company, SRR, said that was due to four things:

“Authorization for work not properly documented with Work Order per Contract.
Insufficient detail on invoice to determine work done and rate charged.
Services billed at amounts inconsistent with contract.
Services performed without an executed contract.”

Another $10,450 paid to CPI could also not be properly documented for the following reasons:

Platinum was hired by the city to do tree trimmings, cleanups of lots, snowplowing and salting of streets, among other duties.

CPI performs street and water line repairs, among other jobs.

The city council has scheduled a special meeting for next Tuesday at 6:30 p.m. in city hall to further discuss the matter.

If last Tuesday’s meeting is any indication, it’s going to be a contentious discussion.

Just the act of agreeing to accept SRR’s report at Tuesday’s meeting erupted into a debate. Councilmember Cathie Gordon insisted that the council should not officially accept the report because in doing so it may open the city up to a defamation lawsuit.

City Attorney James Allen, whose law firm the Allen Brothers was one of the four contractors included in SRR’s review, repeatedly said the report was already a public document that anyone can have access to.

Still, Gordon insisted on not accepting the report until the contractors and department heads have a chance to respond to the findings.

“If we don’t treat contractors with respect, no one will want to come here,” Gordon said.

Both Platinum and CPI are under the supervision of the city’s Director of Public Services, Steve Shaya.

Shaya also is a former employee of Platinum. He quit that job to take the Public Services appointment. At the time of his hiring, there was concern about a possible conflict of interest with Platinum.

Shaya assured city officials that there is nothing to be concerned about.

Asked by The Review for a comment on the audit, he declined to speak until after he finishes his report on the matter. He said he will be at Tuesday’s meeting.

Councilmember Gordon has been a supporter of Shaya, and championed him for the job with the city.

Mayor Karen Majewski said she was “amazed” that there was a discussion on whether to accept the report. She said the council should be more concerned about what’s in the report instead of “shooting the messenger.”

In the vote to accept the report, only Councilmembers Gordon and Zwolak objected.

At Tuesday’s special meeting on the topic, the council may decide what step to take next with the findings.
Asked if it could lead to a criminal investigation, Majewski said: “It’s possible.”

Acting City Manager Nevrus Nazarko said he is waiting to hear an explanation on the billing. He did question the number of times snow plowing and salting were performed considering the mild weather last winter.

One Response to Contractor bills don’t add up, says study