Even in death, his shadow casts far and wide 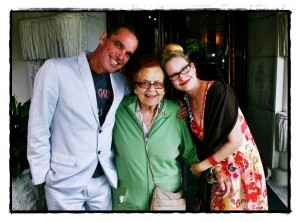 Jim Shaw was a generous friend. He gave himself — his passion for music, art, travel — to all who found their way into his life.

Shaw brightened every room he stepped into, and possessed the rare gift of making those he touched better: better musicians, better artists, better people.

He was an extraordinarily selfless man who always put others first. He was not likely to be seen out front; Shaw found comfort working behind the curtain, where spotlights weren’t necessary: where the authentic, the real magic gets done.

Shaw died Friday, Dec. 3. He was 54 and had fiercely, bravely, elegantly fought a nasty cancer first of the colon and then of the liver for nearly two years. To the end, he was with family and friends in his Hamtramck home, where he wanted to be.

He was a member of the Hamtramck Plan Commission and was a quiet ambassador for the community since moving here decades ago. Traveling musicians from New Orleans, Memphis, Nashville and Asheville, North Carolina were always welcome at his home. You never knew who you might find there, or when an impromptu jam session might break out. The neighbors didn’t complain of the noise. He was respectful of others in the neighborhood.

Jim was a humble giant on the Detroit music scene for a solid 30 years — maybe longer. I learned from his wife, Sandra Kramer, that his deep excursions into sound began in the early 1970s, when he saw Sun Ra in Ann Arbor. That “Space is the Place” era — when interplanetary jazz and acid garage rock blues were setting all us kids free in Detroit — left an imprint on the teenage Shaw that he never lost.

He had a knack for spotting talent. When no one thought anything was going on in the 1980s and early 1990s, Jim and his brother Steve Shaw begged to differ. That period of basement and garage incubation begat the Gories, Detroit Cobras, White Stripes, countless others — and brought worldwide attention to the Detroit sound. But these guys were living and breathing it long before, and after, British journalists declared we were the “next Seattle.”

Jim Shaw cared only about the music. The glamor and glory, not at all. He had remarkable taste. He knew what was good; and he called it out if it sucked. He listened with devotion. Back when we talked of such things, he could tell you whether the A side or B side of December’s Children was better; or spot the production flaws (or clarify the misunderstanding) in Bowie’s treatment of the Stooges’ Raw Power.

We crossed paths, without knowing it in the late ’70s, when we were drawn to the local scene at Bookie’s 870. It was here that east side, west side, Hamtramck and suburban punks came together. There seemed to be a lot of westsiders, I recall, and Jim was one of them, though we didn’t actually meet until he co-founded a pioneering vintage clothing and accessories business called Cinderella’s Attic a few years later.

He and I talked recently about the same shows we attended, though independently: Captain Beefheart, the Jam, Talking Heads, Lou Reed — when Ian Dury and the Blockheads opened and were mercilessly abused by Reed fans — the Clash, PIL, the Dead Boys. Venues we haunted: the Motor City Roller Rink, Punch & Judy, the Second Chance. He was only slightly envious when I admitted I saw Aerosmith and Kiss in their first ever Detroit appearances.

Jim will be missed by my mom, whose neighborhood beauty shop underwent an extraordinary conversion via his skillful hands in 2002 and became Kramer’s Barberella, a gorgeous business in the front of our house. His laughter, which filled the salon and warmed any room he entered, will be missed.

He will be missed by all whose lives he touched with his heart, his passion, his empathy. Detroit is a better place for his having lived in it, for shaping its music, for keeping it real. Thank you, brother Shaw, for showing us the way it’s done.

A funeral service that included a New Orleans-style marching band was held Monday at Elmwood Cemetery in Detroit. A reception featuring local bands and DJs spinning rare 45s was held at the Magic Stick that night. Additional memorial events may be held in the future.

(A portion of this remembrance was published earlier in the Metro Times).

One Response to Even in death, his shadow casts far and wide