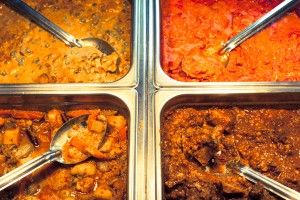 Photos by Marvin Shaouni: Hamtramck has a rich culinary diversity, and it’s yours to explore during a week-long special event starting on Monday (Sept.23).

Attention foodies, set aside some money this weekend and get ready to splurge next week. You’ll see why below, as Modeldmedia.com, reports on a major culinary happening in town.

It’s a great time, with Detroit Restaurant Week about to roll again at mostly downtown Detroit locations, for food lovers across the region to get excited. But the well-known event isn’t the only culinary happening this September, as Hamtramck debuts its first-ever Food Week.

A celebration of Hamtramck’s diverse edible delights, Food Week is meant to showcase the flourishing food scene that has long been a point of pride for the city. Although Hamtramck lacks the fine dining establishments associated with Detroit’s Restaurant Week events, it more than makes up for this with the range and quality of its many markets, cafes, and casual dining options. The events and activities planned for Food Week reflect this richness and depth.

As the city’s community and economic development director for the last few years, Friedmann has long been an active and vocal champion of all the great things Hamtramck has to offer. And although his official position was eliminated recently due to budget cuts, Friedmann isn’t about to let that small detail prevent him from bringing Food Week, a project he’s had in the works ever since May, to fruition.

Running Sept. 23-28, Food Week bears some resemblance to Restaurant Week in that several restaurants will create specials to run that week only.

Restaurants on the list include old favorites like Polonia, newer but well-established places like Royal Kabob, and even newer restaurants like Bonoful Sweets and Café and Reshmi Sweets on the north end of Conant, serving Bangladeshi, Indian and Pakistani food.

The list also includes American and Coney standbys Maine Street, L. Georges and Caniff Coney Grill. Hamtramck has long been a haven for the budget conscious, so in keeping with that accessibility, Food Week participating restaurants will offer special dishes at under $10.

Restaurant specials are just the tip of the iceberg, though. Friedmann’s vision was to make Food Week a more involved, community-wide happening. Along with help from Meagan Elliott, a graduate student in urban planning who worked for the city during her summer break, Friedmann has orchestrated a variety of events designed to enrich and engage the public.

Successful area food businesses (Maria’s Salsa; McClure’s; Srodek’s) will give behind-the-scenes tours of their facilities. And most importantly, people will be encouraged to connect through fun community activities like a neighborhood food history tour, a food trivia night at Small’s, a Zimbabwean recipe exchange at Public Pool, and a pop-up biergarten.

And this being Hamtramck, music will also be served up by DJs collage artist George Rahme, Richie Wohlfeil of Lo & Behold and Walter Wasacz (full disclosure: Walter is also managing editor of Model D) of nospectacle.

Food Week offers a great excuse to reacquaint yourself with restaurants you haven’t visited in a while, and discover new ones. But for those who frequently dine in Hamtramck and are looking for something completely new, fear not: a couple of brand-spanking-new businesses are opening their doors early, just for the week, to offer a sneak peek and a taste of what’s to come.

One of Hamtramck’s newest eateries is in a good position to lure novelty-seeking fine-dining customers. (revolver), a table d’hôte restaurant that will feature a rotating series of chefs from around the city, will make its debut during Food Week, with twice-nightly seatings on Friday and Saturday (Sept. 27-28).

Partners Tunde Wey and Peter Dalinowski are breathing new life into the long-empty space on Campau at Evaline that formerly housed Thai Bangkok, with the idea that the constantly changing menus and chefs will keep people excited and create buzz.

HenriettaHaus Coffee Roasters, a semi-finalist in this year’s Hatch business competition, also plans to participate in Food Week before its official opening in 2014.

Owners Amy and Jeremy Duncan are renovating a 1920s building they purchased from the family of the original owners at 8609 Jos Campau, on the south end of Hamtramck, where they’ll live upstairs and open a coffee shop at street level.

Amy tells us that although they have quite a bit of work to do before opening (they don’t anticipate being ready until sometime next summer), they will be a part of the event with a “desserts of the world” evening event with coffee, tea and sweets.

In keeping with the community spirit of Food Week, the planning has been an all-volunteer effort, with Friedmann and Elliott getting a helping hand from the Arts and Culture Commission and the Hamtramck DDA.

Welcoming Michigan, a non-profit organization that works to build immigrant-friendly communities, is also involved, and will be conducting cooking classes at People’s Community Services, Wednesday-Friday, from 6 to 8 p.m.

In hopes of making Food Week an annual event that is self-sustaining, a Patronicity campaign was launched to raise funds. Elliott says these will cover hard costs such as food ingredients for the cooking demos, so that there will be little to no cost for participants.

Experience the many flavors and faces of Hamtramck by having a meal, watching a cooking demo, attending a tour, or participating in one of the many other community events.

(This edited version is reprinted with permission from Modeldmedia.com.)