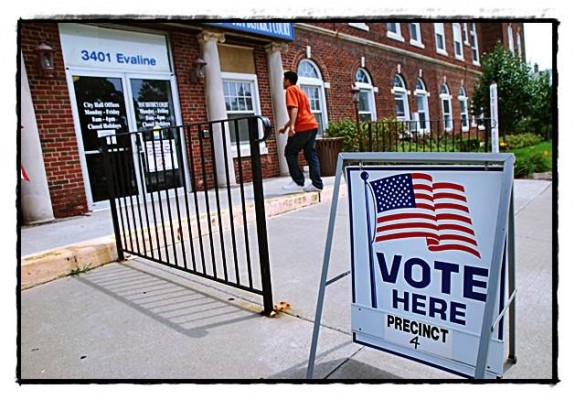 Get ready to spend some extra time filling out the Nov. 6 election ballot.

Hamtramck’s ballot is two pages long and features not only a slew of candidates to choose from, but also six state ballot questions.

And, of course, since the Nov. 6 election is a presidential one, there will be a larger turnout.

In a presidential election it’s common that about 4,000 out of the city’s nearly 12,000 registered voters participate. Hamtramck Election Clerk Marie Kendzierski said besides the large turnout, it’s likely voters will not study up on the ballot proposals before voting.

“People are going to stand in the voting booth and read them,” she said.

There are no local offices up for election.

Absentee ballots must be submitted no later than Election Day to be counted. The Clerk’s Office will be open on the Saturday before the election (Nov. 3), from 8 a.m. to 2 p.m., in order for voters to request an absentee ballot.
On Election Day, the best time to vote, she said, is in the afternoon.

One way to speed things up is to become familiar with the candidates and the ballot issues. Sample ballots are available at city hall.

Five of the ballot questions would amend the state’s constitution. The other ballot proposal is about whether to uphold a controversial law that gives state-appointed emergency financial managers more power.

You can make the election easier if you choose to vote by straight ticket, which will then automatically fill the partisan side of the ballot for you. If you go this route you can still switch over to another party’s candidate in select races.

As for the state ballot questions, besides the emergency manager question (which is Proposal 12-1), they include:

Proposal 12-2 would amend the state constitution to give public and private employees the right to collective bargaining.

Proposal 12-5 would amend the state constitution to require a 2/3 majority vote of state lawmakers or the public to pass new taxes.

Proposal 12-6 would amend the state constitution to require statewide voter approval to build an international bridge for motor vehicles.