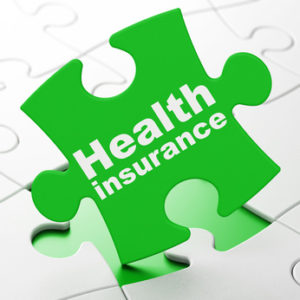 By Charles Sercombe
Retirees from the City of Hamtramck will see a change in their health coverage starting in January.
And some of them are upset, to say the least.
A few retirees, which include police officers, firefighters and city hall employees, have taken to social media, most notably Facebook, to protest the changes, although no one has talked specifics.
The change comes from a court decision a few years ago, which ruled that the city can make changes to retirees’ coverage.
A state Supreme Court ruling took it a step further, saying no community — this ruling includes Hamtramck — is obligated to offer retirees any kind of coverage.
There are over 200 retirees collecting a pension from the city.
The biggest change is that the city will no longer cover family members for free. However, spouses and children can be included, but the retirees will have to pay for their coverage.
Retirees who are eligible for Medicare will be covered for their Medicare Advantage plan at no cost to them.
For those who are not yet eligible for Medicare, the city is offering three options, which will all require the retirees to kick in money for coverage.
The city will contribute $134 monthly, the same amount paid each month for Medicare eligible retirees, toward any of those three options.
City Manager Kathy Angerer said that, although the court decision came down a couple of years ago, the then-City Manager, Katrina Powell, did not take action to reduce or eliminate benefits.
Angerer said it was not an easy decision for her, but said the change is necessary to help reduce costs to the city. The city won’t know the total savings for sure until the new policy is in place.
Representatives for the four city employee unions were notified of the change, said Angerer.
Angerer is also enforcing a contract provision that says if retirees are eligible to receive health care coverage from another employer, they must take that option.
Retirees will be required to inform the city each year whether they are eligible for another health coverage plan. There are several retirees who went on to second and even third careers after retiring at a young age from the city.
Angerer noted that, while the changes may not be popular with pensioners, the city can no longer afford to provide previous coverage plans.
“The number one reason,” she said, “is because of the state revenue-sharing cuts that were made.”
Those cuts came when Rick Snyder was governor.
For many communities, that cut was financially devastating, and forced many cities to make drastic budget cuts.
Still, the change has angered a number of retirees and their spouses.
On a Facebook page called “I Love Hamtramck,” Susan Zarski Lorio, whose husband Andrew Lorio was a firefighter for 32 years, said the new plan is unfair to firefighters and police officers who risked their lives for the city.
“When they retired, they all signed contracts with the city that guaranteed their health care would, if not be better, at least never be less than they day they retired,” Lorio said.
“Through the years, we have watched our health care get chipped away with high deductibles and less and less coverage. These heroes who worked their whole careers, sacrificing more than you will ever know, as well as the sacrifices of their families, did so out of the loyalty and the promise they would be protected when they needed it most.”
October 11, 2019